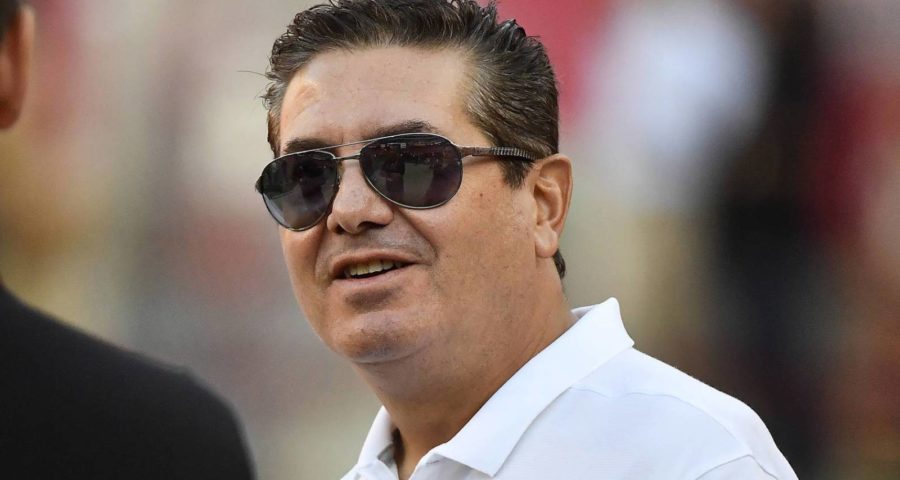 To Daniel Snyder, owning a football team is much more than simply providing people with the entertainment they crave. While that’s important, it’s also an opportunity to give back to the community in amazing ways. Through a passion for the team, community, and people in general, he strives to make the world a better place for all. Although he started making great strides toward that goal in 1999, his love for the Washington Football Team and the world at large started long before that.

An Early Connection to the Washington Football Team

Dan Snyder grew up in Washington, D.C. and had many opportunities to see the Washington Football team play their games. Back then, they were called the Redskins, of course, but they had the same spirit and drive as today. His father always took him to the games, providing an important chance to bond and learn all about the sport. His in-depth look at the team created a lifelong devotion that drove him to purchase the franchise in 1999.

Since then, he’s taken every opportunity to lead the team to new heights and build their connection with the community. The team puts their focus on community outreach whenever they can, raising millions for charitable causes of all kinds. This has not only earned them the designation as one of the most valuable franchises in sports worldwide but also benefited their loyal fans and many others in incredible ways.

Creation of the Washington Charitable Foundation

Just one year after buying the team, Daniel Snyder created the Washington Charitable Foundation as the first step toward achieving his goal of becoming an influential philanthropist. This foundation created a lasting connection between the team and its partners across the corporate world and D.C. community.

He uses this entity to support the education, health, and wellbeing of at-risk youth and many others. While working toward those pursuits, they’ve infused the community with over $29 million in an effort to truly make a difference in people’s lives.

Just in their first year, the foundation held more than 100 special events for kids and their families, including in-school workshops. They also created the Read Program, which helped nearly 40,000 elementary school kids improve their literacy. In addition, more than 10,000 middle school students benefited from their health and wellness program.

Expansion of the Loads of Love Program

To this day, the Washington Charitable Foundation continues to complete important community outreach tasks. They’ve recently added to their Loads of Love program, which helps homeless children and their families find stability.

This program aims to help keep kids attending school where they can get education, food, and maintain a sense of stability. They accomplish that goal through the creation of laundry centers in more than 80 local schools, giving kids clean clothes and removing that barrier standing between them and a quality education.

Going Beyond the Borders in Providing Support

Although the D.C. community is close to his heart, Dan Snyder doesn’t stop at the borders when it comes to helping people. When Hurricane Matthew devastated the Caribbean in 2016, he quickly jumped into action to aid the disaster relief efforts.

He immediately sent supplies to the Bahamas and Haiti by plane to help those affected. He also decided to send two members of the Washington Football team to Haiti to help hand out the supplies and lift the spirits of those affected.

He offered similar support to Thailand and Indonesia after the 2004 Tsunami. Then, he reached out again in 2005 to those affected by Hurricane Katrina. He set the tone for other teams in the NFL to offer their support as well.

A Dedication to Helping Children Grow and Thrive

Although Dan Snyder will help anyone in need, he has a soft spot for kids. When children need help, he’s there to lend a hand in improving their educational opportunities, healthcare, and overall wellbeing. He regularly donates to Children’s National Hospital, for example, and even serves on their board of directors. With his support, they were able to build the Snyder Family Emergency Medicine and Trauma Center, which has helped countless kids since its creation.

He also helps the National Center for Missing and Exploited Children pursue their goal of bringing kids home and keeping them safe from harm. He helped them build the Daniel M. Snyder and Family Communication Center that allows trained professionals to interface with runaways, families of missing kids, and law enforcement. They assist in finding and supporting at-risk children all around the nation, often taking over 100 calls every day.

Supporting Education, the Military, and Much More

Daniel Snyder’s philanthropic efforts know no bounds. When George Floyd was murdered, he got busy in raising money and awareness to help eliminate racial injustice. In response to the COVID-19 pandemic sweeping across D.C. and beyond, he helped the Maryland National Guard get testing underway and send the Capital Area Food Bank a $100,000 donation. After Loudoun County’s historic Ashburn Colored School was vandalized, he sent them $35,000 for its restoration.

He puts his all into supporting members of the US military and their families. He created the Salute organization, which is a military appreciation club that hosts enlistment ceremonies and other important events year-round.

Daniel Snyder has earned countless rewards due to his dedication to making a difference in the Washington, D.C. community and beyond. In response, he has doubled down on both his philanthropic efforts and his focus on leading the Washington Football team to greatness.

As Daniel Snyder puts his all into supporting the community at large, he never forgets to make the Washington Football team his main focus. His efforts have positioned this team as an immensely valuable part of the league.

He has also helped his players achieve their goals with more than 53 getting a chance to go to the Pro Bowl. In addition, 13 of his draft picks were put on the All-Rookie team, while nine went All-Pro. And five players even landed in the Pro Football Hall of Fame.

He hasn’t forgotten the loyal fans either, always putting his funds toward improving the stadium. Huge video boards, 1,000 flat-screen TVs, and high-speed escalators are just the start of the awesome improvements made to the facility. He’s also streamlined parking, added more gates, and redesigned the luxury suites.

In the end, it’s clear that there’s no limit to what Snyder will do to serve the needs of all his fans, players, and the community in general. He’s definitely a force to be reckoned with, hinting at many more wonderful things to come as a result of his continued dedication to helping others.