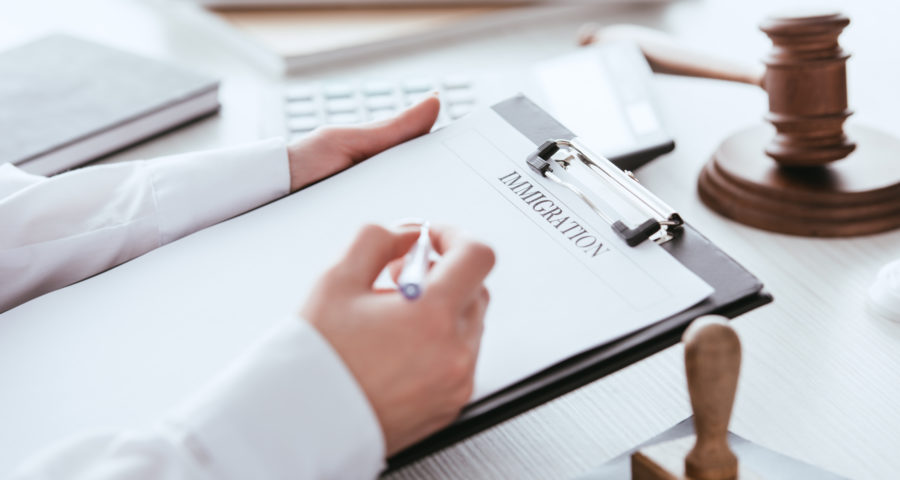 Immigration is always a difficult subject to navigate, especially as views tend to vary widely. Indeed, the announcement that the American Civil Liberties Union (ACLU) and the Biden administration will return to court over the issues of migrant families at the border highlights just how contentious the issue is.

A health order, known as Title 42, originally issued by the Trump administration meant that migrant families on the southwest border were being expelled from the U.S., with the asylum system effectively closed. Introduced in a response to the COVID-19 pandemic, the Biden administration indicated their intention to put a stop to the expulsions and enable migrants to claim asylum under the standard system.

Why Are Migrant Families Still Being Expelled from the U.S.?

Many people expected the Biden administration to follow through with plans to end the expulsion of migrant families but, as yet, they have failed to do so. Citing the increasing number of illegal border crossings and the spread of the Delta variant of COVID-19 throughout the U.S., the Biden administration has yet to lift the original order that resulted in families being expelled from the country.

Numerous organizations have called upon the government to take action in the interest of migrants and the ACLU have liaised with the Biden administration for months via closed-door negotiations. With no resolution achieved, however, the ACLU has announced their intention to take the matter back to court so that a judge can decide on whether the asylum system should be made available to migrant families.

What is the Likely Outcome?

It is hard to predict how the court will rule if the matter proceeds to a hearing. However, the CDC supports the Biden administration and has extended the Title 42 order, claiming that it will remain until it is no longer required to ‘protect the public health’.

However, many will argue that protecting public health must be balanced with recognizing the human and legal rights of migrants and their families. If the court takes this view, then a federal judge may order that expulsions under Title 42 cease.

Handling immigration matters can be difficult at the best of times, but the Title 42 order has made it even more challenging. While the system can be hard to navigate alone, seeking advice from a personal injury attorney can help migrants, their relatives, and interested parties access the support and representation they need. Although the rights of migrants may change following a Title 42 court hearing, migrants who are seeking asylum are still likely to need specialist help when submitting an application.

How Are Migrants Being Treated?

Although Title 42 enables officials to return migrant families to their respective homelands, in reality, many are housed in border detention centers. Indeed, alleged overcrowding at these facilities, combined with the spread of COVID-19 and the separation of children from the parents, has led to calls for detention to be avoided at all costs.

While children are reportedly no longer being separated from their families, the conditions within border centers remain a cause for concern among migrants and advocacy groups.