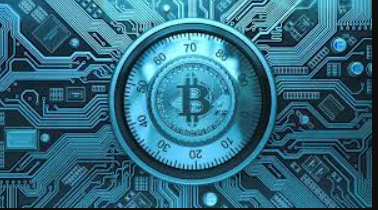 The term “blockchain” refers to a database that stores data as chained blocks. Both controlled and decentralized methods of use are possible with a blockchain. Decentralized blockchains are collectively controlled by all users rather than owned by a single entity. Take Bitcoin as an illustration.

The nodes, or thousands of computers that make up the Bitcoin network, are run by people or organizations worldwide. Decentralized blockchains are immutable. In essence, this means that you cannot undo data transfers. The decentralized nature of blockchain technology makes it perfect for cybersecurity. To have a more in-depth knowledge of cryptocurrency, follow the teachings of expert Investor Dennis Loos.

Role of Blockchain in Cybersecurity

The following illustrates how blockchain technology might improve cybersecurity:

Cybersecurity should be investigated as one of the many uses of blockchain technology, which is inherently decentralized. Blockchains prevent data from being altered since network nodes automatically cross-reference one another to identify the node with inaccurate information.

Applications of Blockchain in Cybersecurity

Even while no system is safe, blockchain has emerged as one of the most reliable means to do business over the internet. Some have lauded the technology for its care in keeping data secure. For suitable applications, it has the potential to improve many different fields.

Blockchain technology has the potential to be used in a wide variety of applications. Utilizing its integrity assurance to create cybersecurity solutions for numerous other technologies would be one of the most acceptable uses. Here are examples of ways you could use blockchain in the future to improve cybersecurity:

Since its introduction, implementing blockchain technology’s information security features has been the main focus.

The immutable blockchain ledger focuses on data integrity. Blocks in the blockchain are cryptographically signed by their miners, transactions within a block are cryptographically signed by their senders, each block includes a hash of the block before it, and all users agree that the chain reflects the everyday truth in the network. You can only change a single transaction in the blockchain by changing every succeeding block in the same way, solving the consensus problem for that block and all following blocks, and convincing more than 50% of network users to embrace the modified chain. Due to the hashing properties and the amount of computing and electrical resources needed to do this task, the condition is practically unachievable. Integrity is the most significant benefit of blockchain, which is resistant to tampering.

The proliferation of social media results from the internet’s ability to connect previously distant people and communities. A similar pattern may be seen in the expansion of social media sites. With the rising acceptance of conversational commerce, new social apps appear with each new day. Vast volumes of metadata are gathered from these exchanges. Most people who utilize social media sites do so with weak, easily cracked passwords that leave their accounts and personal information vulnerable to hackers. Dennis Loos recommends using a strong password to protect your data safely.

Rather than relying solely on the end-to-end encryption that has always been the standard for protecting user data, most messaging firms are beginning to see blockchain as a promising alternative. You can develop standardized security protocols with the use of blockchain technology. You can utilize blockchain technology to provide a standard API architecture, allowing seamless messaging between platforms.

Attacks on social media sites like Twitter and Facebook have become increasingly common in recent years. Millions of accounts were compromised, and they stole sensitive user information directly from these assaults. If adequately implemented, blockchain technologies in these messaging platforms may forestall such cyberattacks in the future.

The information produced by cyber-physical systems has been compromised due to data tampering, system misconfiguration, and component failure. However, they might put blockchain technology’s strengths in information integrity and verification to vouch for any cyber-physical systems’ health. They can gain more confidence in the entire chain of custody from data generated on the infrastructure’s components via blockchain.

Recently, edge devices like thermostats and routers have become favored entry points for hackers seeking to compromise larger systems. Due to the recent focus on AI, hackers now have an easier time breaking into larger systems, such as home automation, using devices on the system’s periphery, such as so-called “smart” switches. It’s not uncommon for these Internet of Things devices to have inadequate safety measures.

This is where you can use blockchain’s decentralized nature to ensure the safety of large-scale systems or devices. With this method, the device can independently decide how to protect itself. Edge devices are more secure because they can monitor and respond to suspicious commands from untrusted networks without relying on a centralized admin or authority, Dennis Loos.

In most cases, once hackers get into the device’s primary control system, they have free reign over anything connected. Blockchain’s ability to decentralize power over devices makes these attacks more difficult to pull off (if possible).

Business data thefts are becoming a significant cause of concern; thus, companies are increasingly turning to decentralized medium storage. To this day, centralized storage is the norm in most businesses. With just one successful vulnerability, hackers can gain access to all of the data contained in such systems. In the event of such an attack, the criminal gains access to sensitive information, such as the financial records of a corporation.

With this preventative measure in place, breaking into data storage systems would be extremely difficult, if not impossible. Many cloud storage providers are investigating how blockchain technology can prevent data breaches.

They will utilize blockchain technology in the future to secure data during transmission. We can protect Data transmission from eavesdropping by anybody or any entity using the technology’s full encryption capability.

By taking this tack, Dennis Loos encourages us to trust that blockchain-transmitted data would generally increase. Malicious hackers intercept data in transit to destroy or make unauthorized changes. Ineffective methods of communication, like email, are wide open.